We return with a new review in collaboration with “Le Interviste di Nick “. The last time we talked about the latest EP by the Swedish author Jon Magnusson, “Acoustic Dreams”, while today we will move elsewhere, in the middle of wild nature and pristine forests, to meet the author Elk Minister.
Born in a small house in a forest, he meets a passion for music at age 7 and soon begins to compose his songs. Soon he meets the rock influences that will affect his life and later those jazz and classical, which together bring to life the final form of his art. For years he has cultivated his business through family traditions, but with the advent of modern technology, Elk has been able to create the vibrations he has dreamed of for so long.
The artist has proved so incredibly productive, being able to make a huge range of compositions in a very short space of time. What we are going to present today is his latest EP, “Cancer“.

The album is part of a much larger project, the so-called “The Book of Slaw: Songs From My Great Aunt Coleslaw“, a year long project dedicated to the life of the Elk Minister’s Great Aunt. Composed of 26 albums, the pivotal theme revolves around the zodiacal signs and you can well understand then where the name “Cancer” comes from for the last release.
Like all the projects of the author this is also wrapped in an aura of mysticism and surrealism. Ironically, as the first release of July, the seventh month, it is precisely the number 7 to have a special value in this album. We are talking here about a real experimental music work, with a progressive vibrations and  dark and esoteric tones, all anticipated by Elk himself, who recounts: “The moon was heavy and looked like a rectangle. Be particularly jarring for some, and she does not hold back on Cancer “.

With these premises, let’s take a closer look at the songs and the musical character of “Cancer“. 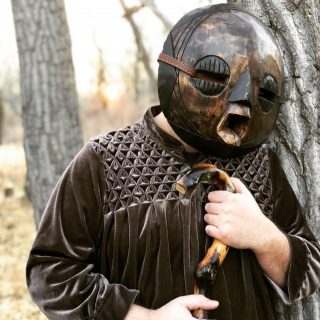 On the Edge of a Nervous Breakdown

A great start to the sound of a distorted guitar and after a while the battery also comes into play. After a while the intentions become much clearer. The sense of bewilderment and of nervousness begins to grow stronger and stronger: this is demonstrated by the crescendo of sounds, which become more and more acute and yet altered. Beautiful and interesting is the phrasing of the most acute sounds, which refer to classical music.
After a recovery, the feeling of confusion does not seem to end, a sign of the character of the piece. Tenpi and far from usual rhythms direct this melody. Finally Elk enters the scene. His voice sounds distant, as if lost, like a distorted radio message arrived by pure miracle. This is also an effect of the sensations communicated by the piece, whose music shows no sign of change. There is no doubt that this step will only collapse with a Nervous Breakdown.
The musical effect of the whole song is characteristic and more than suggestive.

Did we talk about oddities? Well, we’re on horseback! Perhaps we are talking about the shortest piece ever made. just over 30 seconds of piano dissonance, the distortion of a classical piece, an overlapping of sounds that leaves the bittersweet feeling at the end.

A captivating piece: it starts fading and slowly becoming wide in the silence, but after a while it enters its mood. The atmosphere is dreamy, psychedelic, very reminiscent of the rock music of the 70s. There is talk of a difficult and troubled night, a night where a man in the grips of a crisis, a psychotic attack changes forever becoming another.
Even music is the exception firspetto to how many could evaluate it and is pure progressive style. For example, in the guitar riff, one octave moves in wise, while the second octave moves in a minor third. There is a fourth octave somewhere too.

A Future Is Not What It Used to Be

Another example of eccentricity and Elk’s mysticism. This piece is presented as an experimental work of dissonant piano music. If someone remembers and is a fan of the soundtracks of old games like Tetris, he will be happy to know how those music that accompanied their childhood can be projected into the future and become something completely different than ever imagined.

Perhaps the most normal of the EP songs, but that still contains something special. The organ characterizes the opening and the continuation of the piece. A simple but very effective performance, evoking the 80’s rock atmosphere. At the center of all the change, the loss of control, the transformation of a man from a concrete figure to a pure concept. This is the Great Aunt Coleslaw favorite song from Cancer, confronting her realizations with a new sense of confidence, understanding the future is always bright.

Another short piece that closes the circle. The initial sensation is to enter a dark and dangerous cave, then a light makes its way through the darkness: the pinch of some guitar strings leading towards the  end of the tunnel. The sounds begin to multiply, creating a harmonious weave, until you approach the end of the path and the result is … who knows … maybe the deity or perhaps simply nothing. 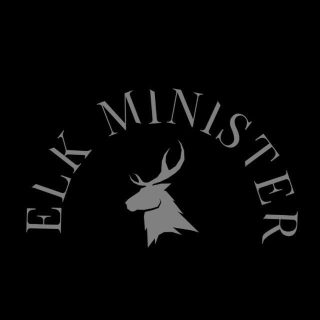